EOS vs Ethereum vs TRON – Which Is Best? In-Depth Review 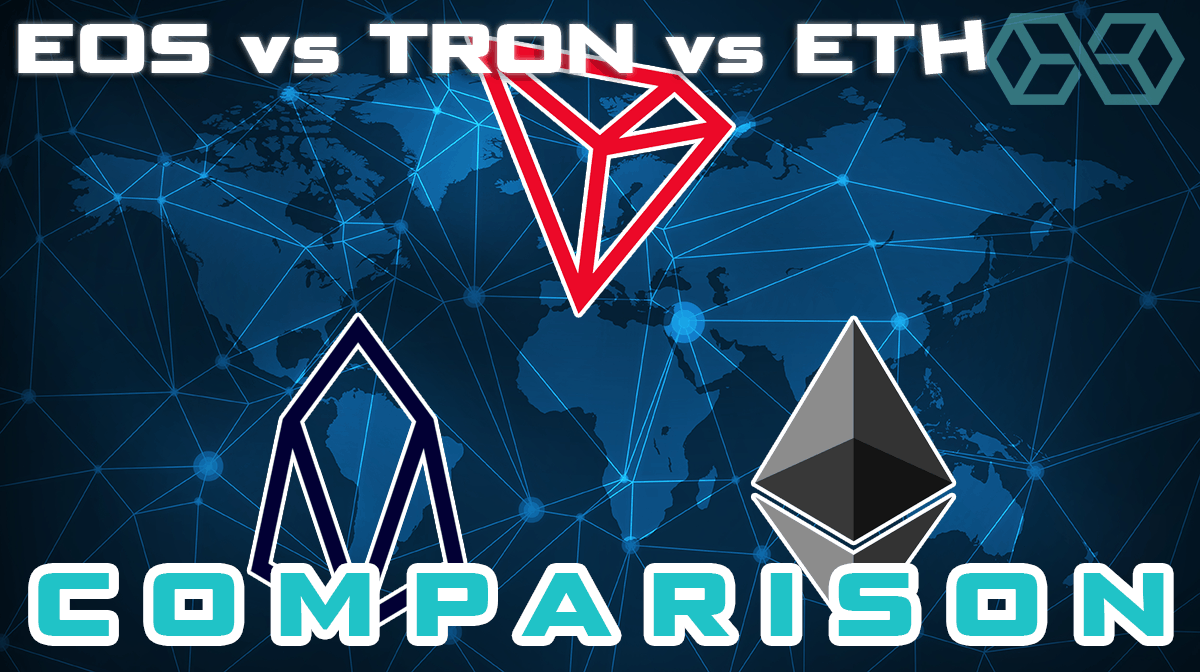 In the battle for the future of the decentralized internet, three competitors have risen to the top: TRON, EOS.IO, and Ethereum.

As the longest standing and most valuable platform for decentralized applications, Ethereum remains in lead, but the other two are discussed as potential “Ethereum Killers.”

There are many other platforms besides TRON and EOS.IO that are pitted to be the death of Ethereum, such as Cardano, Stellar, NEO, and IOTA along with a ton of others.

All of these blockchain networks believe that they have what it takes to go beyond the simple currency or asset application of Bitcoin and instead become the standard infrastructure for decentralized applications (dapps) and smart contracts.

We will focus on EOS.IO and TRON here though because of their recent superiority over Ethereum in gaining more active users; a highly prized metric in the technology world!

Though TRON, EOS, and Ethereum all have the same goal, they each differ in their approach to making their goal a reality. Who is most effective? It depends on who you are asking.

In the crypto world, where each platform has billions of dollars in investment from thousands of different stakeholders, developers, and entrepreneurs, strong tribes have formed. They all have money in the game and so obviously they want their people to win.